Note: Since its First Half results on 9 February 2017, Eutelsat now publishes its revenues on the basis of five applications: Video, Fixed Data and Government Services (Core Businesses), Fixed Broadband and Mobile Connectivity (Connectivity). Please refer to the note in the appendix to H1 results release for more details.

Rodolphe Belmer, Chief Executive Officer, commented: “Revenues for the Third Quarter were in line with our expectations, with a solid underlying performance in Broadcast. In consequence we affirm our revenue target for the Full Year with an outturn around the middle of our range of objectives. During the quarter, we have made solid commercial progress, with an outcome of the Department of Defense Spring renewal campaign in line with expectations as well as the sale of new and renewal capacity at a number of our Video neighbourhoods. We have continued to maximise capex efficiencies notably with the agreement to host the EGNOS navigation system payload on EUTELSAT 5 West B and the contract with Blue Origin to further diversify our options for access to space. We have made significant headway on our strategic roadmap, with the closure of the first phase of the ViaSat partnership agreement. These elements enable us to look the medium term return to growth with confidence.”

During the Third Quarter, Eutelsat made further headway with

Third Quarter revenues stood at €364.3 million, down 4.2% at constant currency and perimeter. On a reported basis, revenues were down 4.9% reflecting a 1.9 point negative perimeter effect (reflecting the disposal[5] of Alterna’TV, Wins/DHI and DSAT Cinema) and a 1.2 point positive currency effect.

Quarter-on-quarter, revenues were down 1.6% on a reported basis and down 2.9% on a like-for-like basis.

Unless otherwise stated, all variations indicated below are on a like-for-like basis.

Third Quarter revenues for Video Applications amounted to €228.1 million, down 4.1% year-on-year. Revenues from Broadcast were down 3.5% year-on-year with the negative impact of the rationalisation of capacity at the HOTBIRD position and lower revenues from FRANSAT more than offsetting the contribution of incremental capacity launched during the course of last year (mainly EUTELSAT 36C for Sub-Saharan Africa). Without these two negative elements, Broadcast revenues would have been slightly growing.

Professional Video revenues were down 9.1% year-on-year, reflecting continued pressure on contribution services in this application.

Revenues were down by 0.9% quarter-on-quarter. This sequential decline was fully attributable to Professional Video, with Broadcast revenues broadly stable, despite the end of the contract with Orange TV from 1 January 2017, reflecting sustained performance in emerging markets.

On the commercial front, a multi-year, multi-transponder contract was signed with NTV-PLUS covering the Express-AT2 satellite at 140° East to reach homes in Far East Russia and incremental capacity on the Express-AT1 satellite at 56° East to consolidate coverage of Siberia. Elsewhere, a multi-year contract with Ethiopia’s INSA agency was also finalised for a new TV platform at 7/8° West neighbourhood, while SRG SSR, Switzerland’s public broadcaster renewed a HOTBIRD transponder on a multi-year basis.

Third Quarter revenues for Fixed Data stood at €42.1 million, down 12.6% year-on-year. They continued to reflect ongoing pricing pressure in all geographies, albeit at a slightly slowing pace.

Quarter-on-quarter revenues were down by 1.4%.

In the Third Quarter, Government Services revenues stood at €45.2 million, down 3.0% year-on-year, reflecting the carry-over effect of lower renewals in the US Department of Defense Spring 2016 campaign. They were broadly unchanged quarter-on-quarter.

The latest round of contract renewals with the US administration (Spring 2017) resulted in an estimated renewal rate of approximately 85% and new contracts represented an additional three 36-MHz equivalent transponders.

In the Third Quarter, Fixed Broadband revenues stood at €24.2 million, up 36.0% year-on-year, reflecting the positive effect of the entry into service in May 2016 of EUTELSAT 65 West A on which the Ka-band payload is fully leased, and resilient trends in European broadband.

In the Third Quarter, Mobile Connectivity revenues stood at €17.2 million, up 21.1% year-on-year, reflecting mainly the full-quarter effect of the agreement with Taqnia for the sale of four spotbeams on the High Throughput payload of the EUTELSAT 3B satellite.

Since 1 January 2017 Other Revenues no longer include revenues related to the agreements with SES at 28.5° East.

The number of operational 36 MHz-equivalent transponders stood at 1,374 at 31 March 2017, up by 48 units compared with end-December 2016, reflecting principally the entry into service of EUTELSAT 117 West B in January. As a result, the fill rate stood at 68.2% at end-March 2017 versus 70.9% at end-December 2016, reflecting this new capacity and to a lesser extent the end of a contract with Orange TV.

The backlog was equivalent to 3.4 times 2015-16 revenues. Video Applications represented 84% of the backlog.

NINE MONTH REVENUES Revenues for the first nine months stood at €1,119.4 million, down 2.0% like-for-like. On a reported basis, they were down 3.3%, reflecting a 1.7 point negative perimeter effect (disposal[9] of Alterna’TV, Wins/DHI and DSAT Cinema) and a 0.4 point positive currency effect.

OUTLOOK Based on the performance of the First Nine Months, the group confirms its financial objectives for the current and next two years:

The Group also commits to serving a stable to progressive dividend to shareholders.

The upcoming launch schedule is indicated below. The launch of EUTELSAT 172B is now scheduled for 1 June.

In April 2017, EUTELSAT 48A reached the end of its operational life and was de-orbited.

The Board of Directors of Eutelsat Communications decided to submit to the General Meeting of Shareholders which will be held on 8 November 2017 the appointment of Dominique D’Hinnin (currently permanent representative of FSP) as a Board Member. Following the AGM and subject to the approval of this appointment, Dominique D’Hinnin will replace Michel de Rosen who will step down from his functions as Chairman and Board Member of Eutelsat Communications.

Elsewhere, Yohann Leroy was appointedDeputy CEO in addition to his function as Chief Technical Officer, alongside Michel Azibert, Deputy CEO and Chief Commercial and Development Officer.

The option to extend by one year the maturity of the €600 million term loan and of the €200 million revolving credit facility of Eutelsat Communications, was exercised and accepted by the lenders. These facilities will now mature in March 2022.

Furthermore, ahead of the refinancing of the €930 million bond maturing in January 2020, the 7-year-mid-swap rate for an outstanding amount of €500 million has been pre-hedged at 112 bps.

As a reminder, proforma revenues for FY 2015-16 were published with the H1 revenues release on 9 February 2017. They reflect:

A new classification of revenues on the basis of five applications: Video, Fixed Data and Government Services (Core Businesses), and Fixed Broadband and Mobile Connectivity (Connectivity).

The table below shows quarterly proforma revenues for FY 2015-16 and FY 2016-17 under the new classifications:

Reported Revenues For information purposes, the table below shows reported revenues for FY 2015-16 and first quarter of FY 2016-17 under the former classifications.

To connect to the call, please use the following numbers:

The financial calendar below is provided for information purposes only. It is subject to change and will be regularly updated.

The forward-looking statements included herein are for illustrative purposes only and are based on management’s current views and assumptions. Such forward-looking statements involve known and unknown risks. For illustrative purposes only, such risks include but are not limited to: postponement of any ground or in-orbit investments and launches including but not limited to delays of future launches of satellites; impact of financial crisis on customers and suppliers; trends in Fixed Satellite Services markets; development of Digital Terrestrial Television and High Definition television; development of satellite broadband services; Eutelsat Communications’ ability to develop and market Value-Added Services and meet market demand; the effects of competing technologies developed and expected intense competition generally in its main markets; profitability of its expansion strategy; partial or total loss of a satellite at launch or in-orbit; supply conditions of satellites and launch systems; satellite or third-party launch failures affecting launch schedules of future satellites; litigation; ability to establish and maintain strategic relationships in its major businesses; and the effect of future acquisitions and investments.

Eutelsat Communications expressly disclaims any obligation or undertaking to update or revise any projections, forecasts or estimates contained in this presentation to reflect any change in events, conditions, assumptions or circumstances on which any such statements are based, unless so required by applicable law.

[2]At constant currency and perimeter.

[3]Other revenues include mainly compensation paid on the settlement of business-related litigation, the impact of EUR/USD currency hedging, the provision of various services or consulting/engineering fees as well as termination fees.

[4]The share of each application as a percentage of total revenues is calculated excluding “other revenues”. Unless otherwise stated, all growth indicators are made in comparison with Third Quarter ended 31 March 2016.

[7]Number of 36 MHz-equivalent transponders utilised on satellites in stable orbit.

[8]The backlog represents future revenues from capacity lease agreements and can include contracts for satellites under procurement.

[11]At constant currency and perimeter.

[12]Including capital expenditures and payments under existing export credit facilities and under long-term lease agreements on third party capacity.

i) To avoid double-counting, it excludes the €95.2 million payment to RSCC which was accounted in Cash Capex in FY 2015-16.

ii) net of the €132.5 million proceeds from the upcoming sale of 49% of the existing European Broadband business to ViaSat 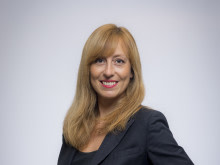 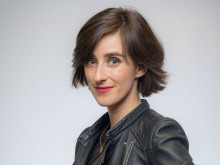